Most games have some really dope pixel art but that isn't always necessary for you to make a great game. The goal of this jam is to focus more on game mechanics than art.

⦁ The game must be made within the allowed time period

⦁ If you can have an html version of your game that would be great :)

⦁ Have fun and don't worry to much about ratings

⦁ Each sprite should not contain more than 2 colors

⦁ Particles should not contain more than 2 colors at most

⦁ Each texture/background should not contain more than 2 colors

⦁ You can use transparency to some extent

⦁ Gradients are allowed but no more than 3 objects/sprites/backgrounds in total with a gradient and the two main colors from the gradient count towards the 10 color max.

Players control a USB connector that has to overcome everyday obstacles (including itself) to plug in and charge it's owners device.

Currently In scope: [Remember that everything is up to change and discussion]

The player controls the AI of a self plugging USB. They must overcome obstacles (including a tail that follows the movement of the player) to reach the goal of plugging into a USB port.

Commercial: Tired of trying to find a place to charge your tablet? Forgot to plug in your phone last night? Can't be bothered to bend over and reach down for the wire? Never again with the new self plugging USB-C-AI has been released to the market! Watch as you plug it in - it will automatically seek out the nearest compatible power outlet and plug right in without delay, or causing a hassle!

In fact, we are so confident our USBCAI, that if it ever causes three errors within one day or task, send it back and we will replace it at no charge!

Peter: USB actually stands for Universal Serial Bus ... we could scale it down and make it USB-Driver and make it a game about a bus driver taking valuable data through a wire (kind of like the visualization of what happens every time we plug a usb into something)

Explain the rules of the game completely as possible, as you would to a human being.

The goal is to have the player control the USB and connect to the power outlet/port. There will be obstacles that the player will have to dodge and be forced to plan ahead to accomplish this task due to a cord that trails behind the players movements. There will be collectables that raise the players score, and enemies that will cause the player to die and restart the level.

The current idea of the game is a mix of two classic games such as ‘Frogger’ [https://www.youtube.com/watch?v=l9fO-YuWPSk] where a player must bring a frog to cross the street and return home (game ends on collision with anything other than safe terrain) and ‘Snake’ [https://www.youtube.com/watch?v=kZr8sR9Gwag] a game where you are challenged to maneuver a constantly moving snake to touch a dot to gain points, but conflictingly making your tail longer (game ends with collision with any wall or tail).

Explain how the game will work technologically. Include any mathematical models governing the system, all game modes, and explanations of all options within the game.

Alex: Hey, I think we should have done it according to the documentation, use git-lfs, and use "git source control" from UE.
https://wiki.unrealengine.com/Git_source_control_(Tutorial)
https://docs.unrealengine.com/latest/INT/Engine/UI/SourceControl/index.html#statusicons

We should have used this git branching model.
Every feature is a new branch and so on...
http://nvie.com/posts/a-successful-git-branching-model/

We also had to have locked the BP for editing. (If anybody works with a BP, nobody can edit this BP.)

Describe the look of the game.

The minimum graphics keeps the game simple and sleek. There are no flashing lights that are distracting,  with just enough objects to be challenge but not overbearing. The player can focus on movement of their character and tail without overly concerning themselves with anything other than the next challenge ahead. An experienced player will be comfortable looking several challenges ahead and be able to plan accordingly.

Screens/UI
Describe the visual appearance of each screen
TBD

Level Design Ideas - (yellow is not included, red is currently being worked on)

Explain how the controls for the game will work.

[Removed]If the game is 2D - controls will be best in four directional use.

If the game is 3D - the choice of mouse based movement will be made.

If the game is more Frogger, movement will be tile based, with positioning exact and tactful

If instead more Snake, movement will be automatic and player will be more of a driver, picking direction]

The player controls the USB via ‘WASD’ or arrow key controls. The space bar will also be used for ‘jumping’ one space and allowing the player to avoid most obstacles.

“Spacebar” to Jump one space.

Describe what parts of the player experience/behavior need to be tracked/observed, and how we will note them.

Testing on how fast players pick up the mechanics will make a big impact on pacing.

First few stages should introduce key mechanics of course, but we should limit the amount of text that needs to be used. The good old adage of ‘show don’t tell’.

Document the overall process of creation for this project.

It all really started with the discussion of the limitations given with the art and graphics. Stewart was really excited to do something 8/16 bit and suggested we create something that was more gameboy like.

Finn and Alex our two (who are both new to game jams) both agreed to unity and eventually settled on github as they were the ones who are directly working with each other.

ZettoVyker was happy to help organize thoughts and write up the game document, create the trello board, help the pipeline workflow and keep people accountable to a schedule.

The initial debate was to combine two classic video games of ‘Snake’ and ‘Frogger’ and while the mechanics were successfully fused, there was unfortunately not enough time to add the depth that we would have liked to see. Plenty of stages and little challenges to overcome but missing some elements such as a growing tail by consuming an object. 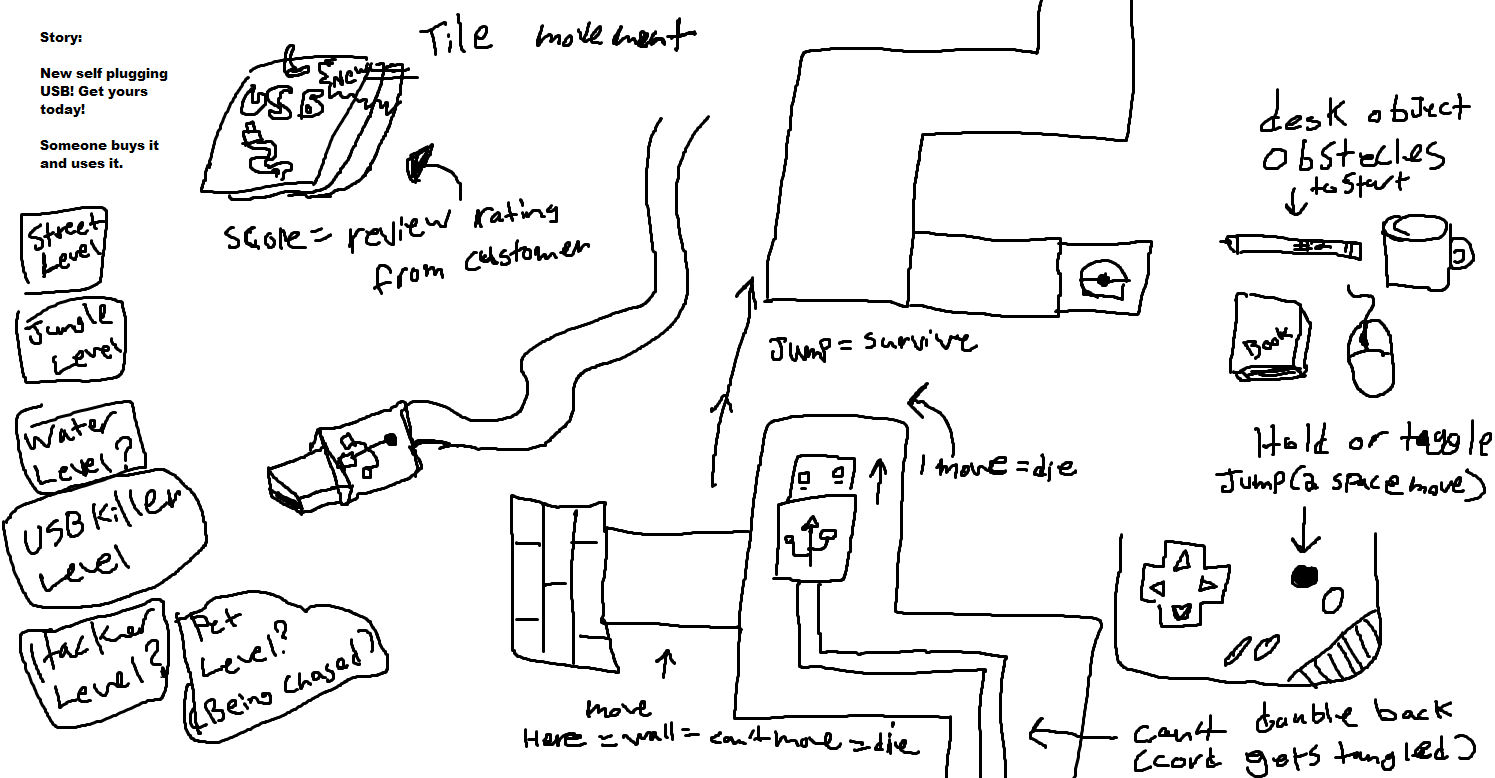 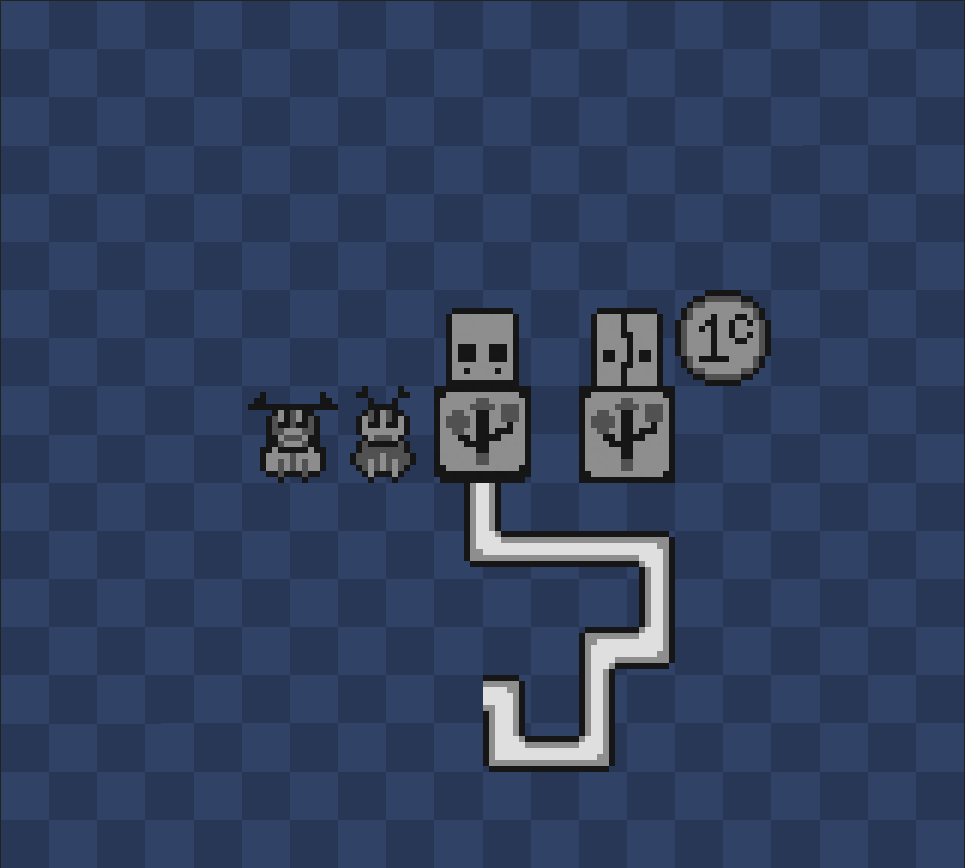 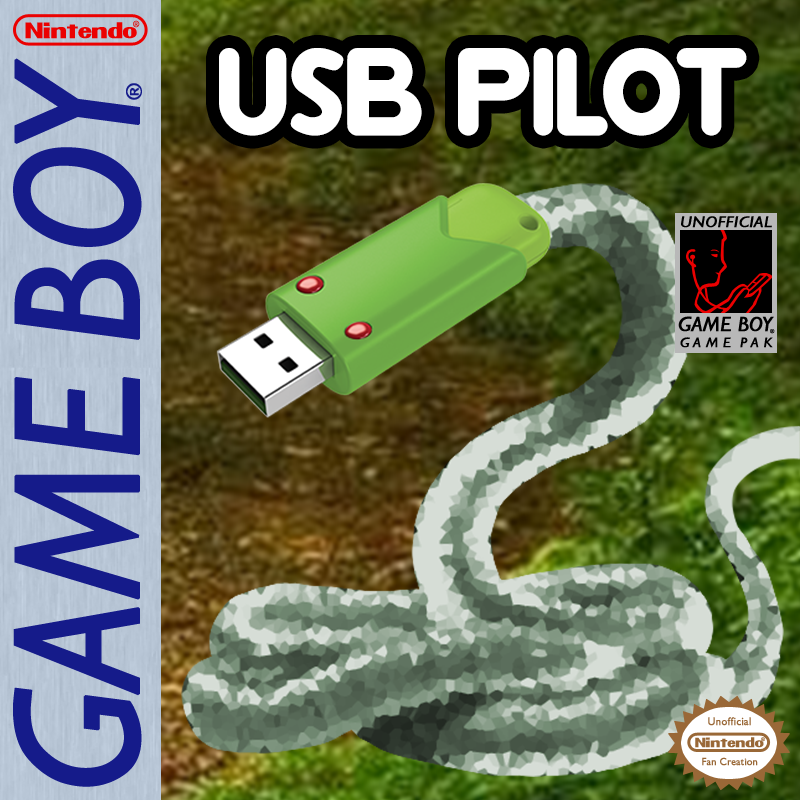 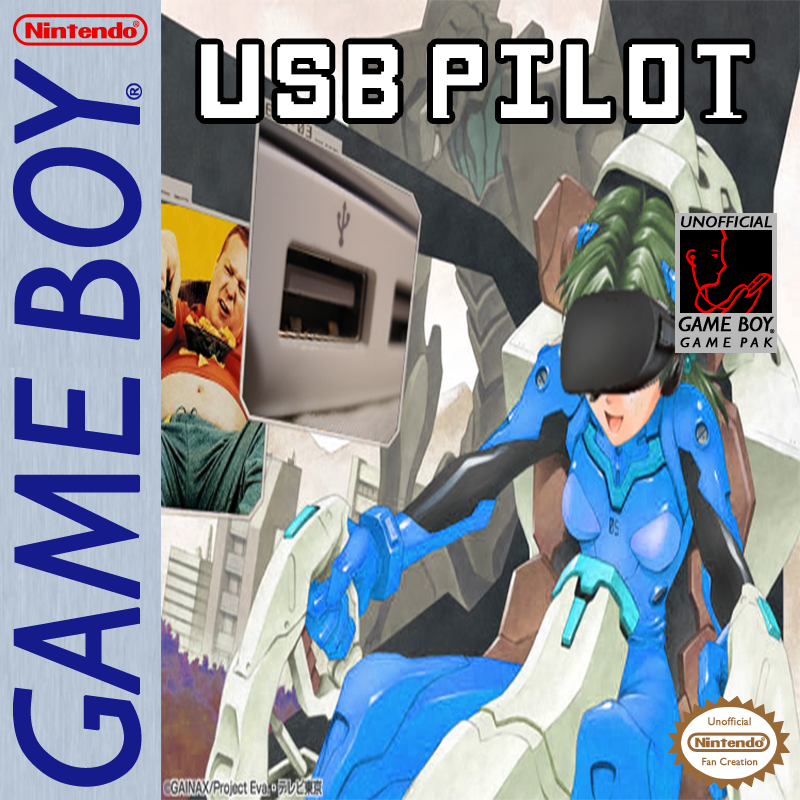