The Intricacies of Jamming with Friends 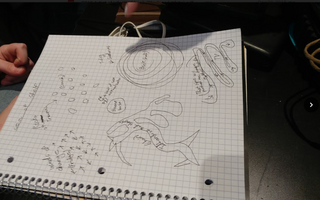 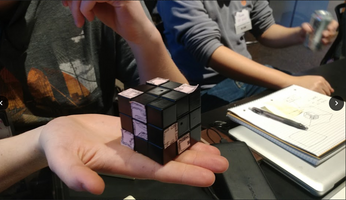 After watching the theme video for Global Game Jam 2019 and hearing the emotional aspects of "Home" I knew what kind of game I wanted to make. Something touching, with emotion, an experience that players would walk away from and say "Aww, my feelings." (Insert Image 1, where I asked the team what 'home' felt to them. )

Amazing words, spoken with memory and remembrance. From the initial pitches we drafted up several game ideas such as a game with the focus of "Hygge" (Look it up, it's amazingly specific swedish word) adding tony hawk pro skater scoring mechanics; a shovel game where your mom asked you to shovel filled with ambiance, quiet, serenity/simplicity, and when you would finish there would be hot chocolate that your mom made just for you waiting on the table; to even a boat game where the players were sailing in a sea of literal emotions, and cleaning out emotional baggage to build a home with said baggage, giving the player a chance to hear a narrated story of nostalgia  (Image 2, with different zones)

These idea's were all spawned before the initial pitching session, and due to the team dynamics of six different personality types, we were unable to come to a concrete decision even after an hour of intense debate and discussion.

With the confusion in the ranks and nobody being willing to commit and take a stand formation, it came down the programmers being the crux of hesitations. Since the team was unable to unanimously agree so it made the most sense to have the programmers to at lease enjoy what they are programming for the 48 hour jam, and since the issue was wanting something with true gaminess.

Come forth - the awesome 3d puzzle action platformer that takes part on a rotating rubix cube where you must find your way back home by jumping, moving, and rotating the sides of the cube!

I know, that concept is straight fire, and an excellent core game with an interesting twist *HA* and it actually fits quite a few diversifiers set forth from the Global Game Jam straight up. So don't get me wrong, this game is going to be really cool and I am sure people are going to really dig it!

But if I am 100% honest with myself - I feel like I there was a missed opportunity to make a great game that made people feel. And not just a game that people just played.

Lessons to be learned all over the place. However, this is why we Global Game Jam though - to learn, grow, and do challenging things that make us grow.

Find your way home before you melt, while navigating a rotating rubix cube / puzzle platformer!